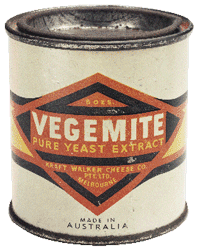 The Kraft Walker Company launches a promotion with substantial prizes – including imported Pontiac automobiles – asking people to create a limerick for the VEGEMITE brand. The hugely successful promotion sees a jump in VEGEMITE spread sales on a mass scale Australia wide.

The winning limerick, much like the naming competition of 1923, is not recorded, or has been lost in time.