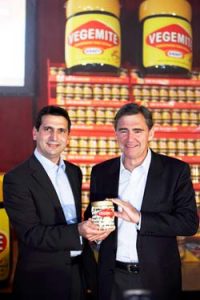 This campaign was launched through Television, radio, outdoor and digital in an effort to “paint the town red” with VEGEMITE spread imagery.

This campaign gained unprecedented PR and media attention as fans around the country searched for the special Billionth Jar of VEGEMITE spread in the “Billionth Jar” promotion.