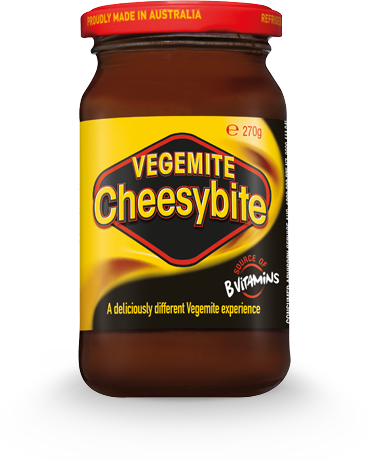 After more than 85 years in the Australian market VEGEMITE spread created its first true new product to add to the VEGEMITE brand family – VEGEMITE CHEESYBITE in July of 2009.

This product was launched in the same spirit as VEGEMITE spread back in the 1920’s, with a nationwide search for the perfect name. Initially launched as “VEGEMITE NAME ME”, consumers were encouraged to enter into a naming contest for the new product, made from a mixture of cream cheese and VEGEMITE spread.

At the AFL Grand Final in September, the new name had been chosen and was announced as “iSnack2.0”. However, the feedback from consumers was that this name didn’t properly reflect the brand, so the competition was reopened asking consumers to vote on one of 8 names to be the new name.